In what ways can I advertise my brand during Football matches? The answer is promoting on social media platforms, such as Facebook and Instagram. Social Media has become an essential platform for brands that want to deliver a successful campaign. Adobe research shows 1 in 3 consumers watch live sports other than TV (on their phone). If you’re ready to dive into this opportunity as we discuss soccer banners ideas and other tips to advertise your business during sporting events. 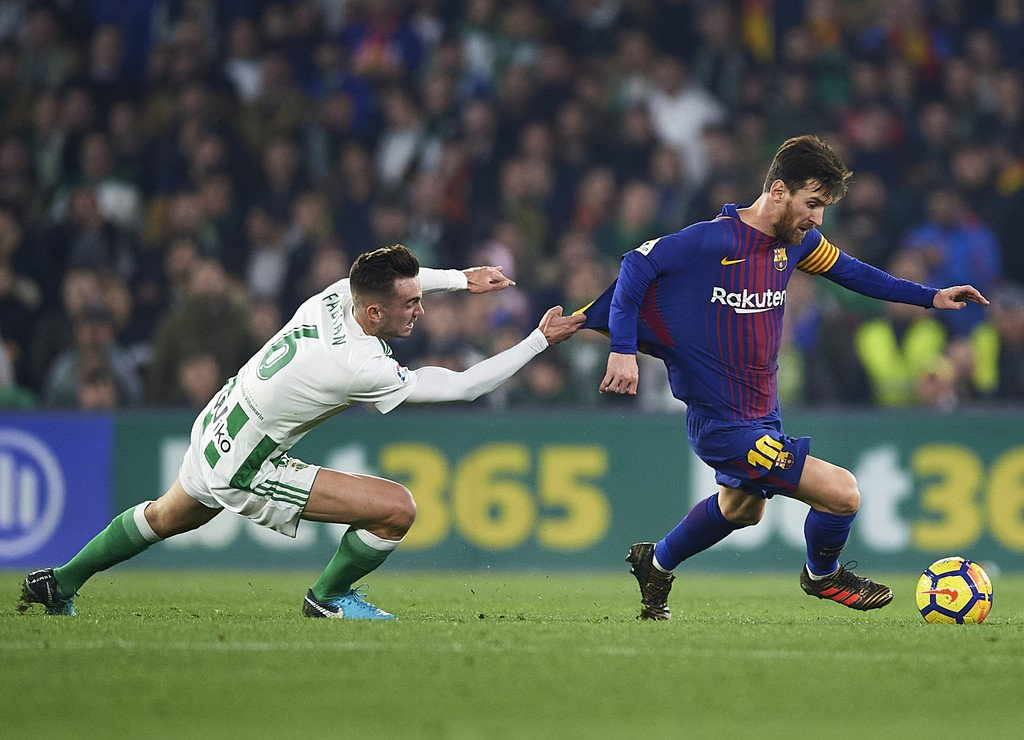 Get in the game early

The best time to be in the game is before kickoff. Brands are doing this by releasing their ads online days before, which has significantly impacted social media shares, according to iSpot’s ad metrics firm.

Explore how hashtags can make your ad more engaging and popular. When you’re formulating an advertisement, consider the fact that it will be shared on social media. Brands often choose to use the hashtag to engage with their audience and help drive conversation about their product or service.

If you want to make your ad stand out from the crowd, one way is by taking a humorous approach. Humor has been shown to evoke human emotions and trigger shareable content for pro football broadcasts because of their audience’s anticipation for entertainment. In addition, with so many ads airing during games, humor can be an efficient tool because it typically provokes immediate reactions that lead people to spread what they like with friends or on social media platforms such as Facebook!

A third successful trick that has been used over the years by advertisers is to surprise audiences with the unexpected. The use of comedy combined with creativity takes traditional advertising methods such as commercials or print ads one step further by capturing people’s interest and keeping them entertained while watching their favorite TV show instead of being bored after seeing yet another commercial break filled only with advertisements.

Don’t let your ads go unnoticed! Instead, keep the conversation going with live tweeting. This is the age of live-sending; no one watches a game anymore (or at least they don’t post about it). Instead, audiences share their feelings and react in real-time to both the game and any accompanying advertisements that come along with them. As an advertiser, this isn’t something you want to neglect because if these interactions become viral sensations, then you’ll undoubtedly want people talking about what’s happening on screen for as long as possible – or before someone else does so first.

Capitalize on the ongoing conversation about your team sport

It’s not over until it’s really, truly over. The day after a Big Game is a vital time for ad success. This is when you’ll see an uptick in sharing because of what we call the “water cooler effect.” People always talk about their favorite and least-favorite ads at work or school, so try to capitalize on this ongoing conversation by fanning the flames on social media with your campaign, encouraging continued discussion!

Be A Social Media Champion

In the age of social media, it is essential to be a champion on social media. The professional football championship game offers an ideal time for companies that want to advertise because ads have become events in and of themselves. It used to be enough just to set up an ad; now you need creative content too.

Social media has given businesses more opportunities than ever before—the potential reach extends well beyond our own country’s borders nowadays as people across continents are connected through Facebook posts and Instagram pictures. Social media has developed into an essential online marketing strategy for businesses today.

It’s necessary to have a social media plan and strategy in place that will work well with your target audience and meet their needs. We hope these lessons inspire you to create the best possible social media campaign for your business because we know how much can be gained from it where people are spending more time on mobile devices than ever before.

Now is the perfect time to make sure you’re using all of the tools available to get ahead of competitors who may not yet understand how valuable social networking is.

If you’re looking for a new way to advertise your business or organization, soccer may be the answer. Soccer banners are an excellent choice of advertising because they can get people talking and increase brand awareness while also being easy on the budget. To help you with your next campaign, we’ve provided five tips that will show you how to create effective soccer banner ideas, so you don’t end up wasting money and time. What do you think about these tips? Let’s hear your thought in the comment section below!